HiFiMAN has released a brand new headphone design with the new HE-560. It shares very little in common with its predecessors; in fact, even the company logo is new design. It features a brand new planar magnetic driver that results in a refreshingly lightweight design. The HE-560 are, for my head, th

HiFiMAN has released a brand new headphone design with the new HE-560. It shares very little in common with its predecessors; in fact, even the company logo is new design. It features a brand new planar magnetic driver that results in a refreshingly lightweight design. The HE-560 are, for my head, the most comfortable pair of over-the-ear headphones I have ever used. Beyond comfort they deliver a lush, full-figured sound that most will find intoxicating. 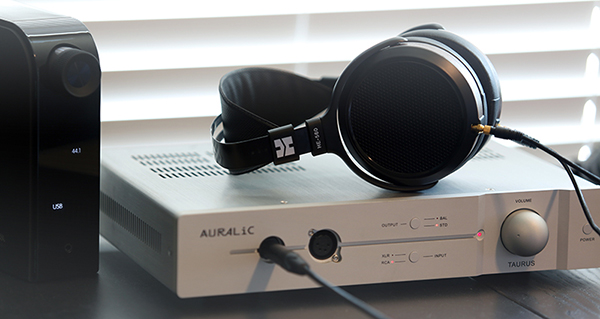 Introduction to the HiFiMAN HE-560 Planar Magnetic Headphones Review

The HE-560's arrived in a lovely wood box with a sliding lid adorned with a decorative metal plaque. This is a step up from previous HiFiMAN cases and one that matches the elegance of the product inside. The headphones are encased in ample protective foam and come with a 78" long cable with a high quality 1/4" Neutrik plug. The cable is made of a crystalline copper and silver core in order to provide a clean signal for the new drivers and encased in black woven fabric for tangle prevention. Instead of the dark colored paint on previous models, the ear cups now have a wood finish that looks both exotic and classy. The rest of this headphone is simply clad in black except for the white HiFiMAN logo which is a new design incorporating the M inside the H. Simple and clever. 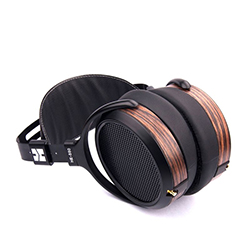 The HiFiMAN HE-560 Planar Magnetic Headphones Design and In Use

The box that the HE-560's come in tells you, in no uncertain terms, to expect quality when you put them over your ears and tap the "Play" button for the first time. 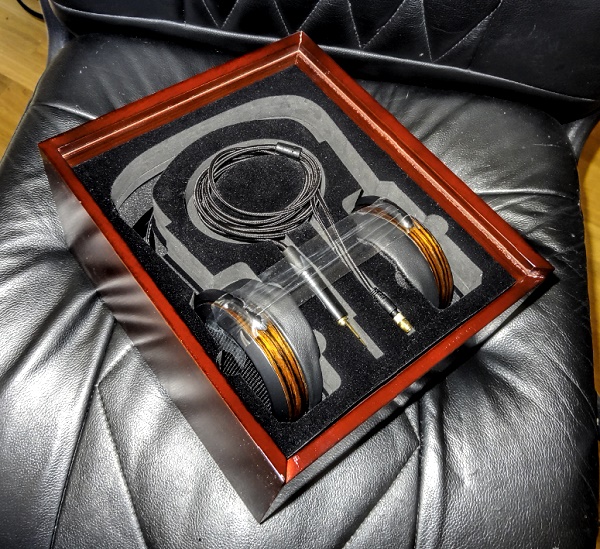 The ear pads, now coined “FocusPads” are the same size as previous HiFiMAN models, but the padding material is different. The padding is now slightly thicker towards the back where the pad rests behind the ear and the surface is made of velour while the surround of the FocusPad is made of pleather. The combination of beveled shape and materials help to focus the sound towards the ear. The fit is snug enough that the headphones stay where they belong, even if you have to bend over with the on. The new headband design rests peacefully on the top of the head while the brace that holds everything together hovers above.

The headband also allows for more adjustment to better fit different head sizes. With the new driver design came legitimate weight reduction, now 375g compared to the HE-500’s 502g. This is critical when it comes to comfort as less pressure is required to hold a lighter design in place. In the end what HiFiMAN has done is create the most comfortable over the ear headphone that I have yet to use. 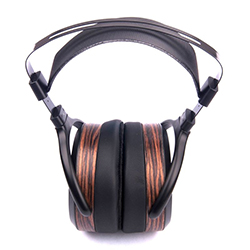 Here is a close-up of the headband joint. 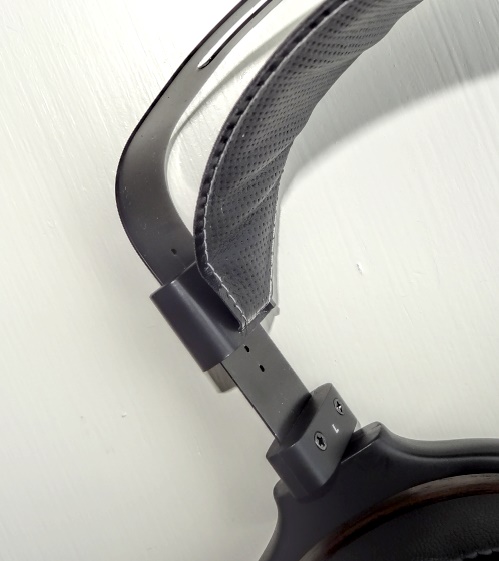 In order to achieve this weight reduction, Fang Bian and his engineers designed a singled sided planar magnetic driver. Previous drivers all used a thin membrane housed in between an array of magnets on each side. The new design simply, although I'm sure it was anything but simple, does away with the array of magnets on the side closest to the ear. This allows the sound waves generated from the membrane to pass unobstructed into the ear. In theory this should produce a more coherent soundstage with better imaging. 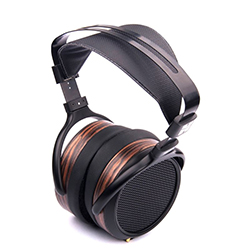 The cable connectors are threaded for a solid bond. They are also gold-plated. 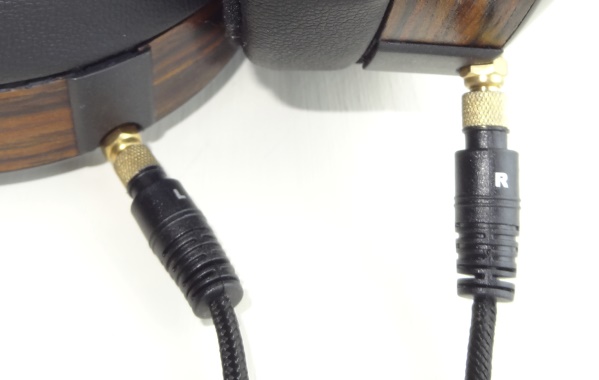 The HE-560’s sound can be characterized as the Thanksgiving Dinner of meals for your ears. Warm, comforting, plenty of tasty side dishes, and dessert to leave you feeling full and satisfied. They are neutral in tone and feature a weightier low end than previous HiFiMAN models.

Coltrane’s sax on “So What” from Kind of Blue sounds smooth, like spreading soft butter on warm bread. Each note is presented with confidence from the new planar magnetic driver. While the HE-6 do sound more lively and explosive with a bit more dimension to the instruments, the way the 560’s present the music as a whole could be more pleasing to a larger crowd. Bass is fuller, especially in the upper octaves of the low end and while there’s detail aplenty, high frequencies never dominate. The result is a more weighted sound that feels fuller with added richness.

Checking out the 560’s soundstage I put on “Don’t You” by Amber Rubarth, featured on the Chesky Ultimate Headphone Demo Disc. Amber’s voice is a bit more forward than on the HE-6 and Audeze cans. Strings are far left and right, beyond the headphone itself. The HE-560’s produce a wide soundstage, but not quite as deep as the HE-6.

Joanna Newsom’s voice is transparent and neutral via the new drivers. Her entire album Have One On Me was an absolute sonic treat via the AURALiC Taurus and HE-560’s. I went to listen to one six minute track and ended up listening to the entire album. It’s a brilliant combination.

While I wouldn’t call the HE-560’s a bass heavy headphone, I believe there is plenty of low end response and extension for all types of music. Most importantly, the bass is clean, quick, and neutral. On M83’s Hurry Up, We’re Dreaming album, low end was plentiful with excellent detail and texture to each note. I found the 560’s bass quality to be much closer to the Audeze headphones then previous HiFiMAN models. After the general “How does this headphone sound” question, I am usually asked “well how is the bass?” My conclusion is that the HE-560 will please a wider range of consumers when it comes to low end performance.

Conclusions about the HiFiMAN HE-560 Planar Magnetic Headphones

If you are still deciding whether or not to purchase the HiFiMAN HE-560 planar magnetic headphones, I think it all comes down to budget. I will first assume you are ok with an open-back headphone, these are best for home listening, or closed office if you are lucky. If $900 is at the top end of the budget, or a bit over, it is worth it. Save up the extra cash if needed. The HE-560 is probably the best headphone out there for under a thousand dollars, both in terms of comfort and performance. Another option if you are in the under $500 category is to wait and see how the HE-400i turns out. It’s the HE-400’s replacement that will use the new driver and aesthetics as the HE-560.

HiFiMAN started out with some amazing products in its line of planar magnetic headphones. They could have easily made incremental tweaks to the HE-500 and satisfied most of its customers. Instead they have made another leap forward with the HE-560. Not only are they the most comfortable over-the-ear headphone I have worn, they sound absolutely brilliant.